The idea for these articles came about after having seen the exhibition at the school in 2011 to commemorate their 150th anniversary. An excellent book was published on the occasion and I thank Mandy West and Lorraine Winser for their efforts and their encouragement. Then, in early 2012 I was allowed to look at a scrapbook from 1965. That scrapbook was produced by members of the HW Women’s Institute on the occasion of their golden jubilee. It provides a fascinating view on how we lived nearly 50 years ago.

In 1965 the population of our Parish stood at 629 and there were 253 rated properties. There were two pubs, now there is only one. There were two shops. Likewise, there now is only one. The two largest houses, then as now, were the Manor of Groves, now a hotel and the Grange, originally the vicarage; in 1965, the home of the Wentworth Stanley family and still a private residence. Helmer & Dyer, the builders, Dixon’s Garage and Andrew’s Heating provided local employment. There was no street lighting. A proposal to install 15 lights was put forward but not decided upon as only four members of the Parish Council attended the relevant meeting.

The scrapbook tells of meetings of the WI of course, of the Young Wives Group and of other organisations. One such was the “Silver Lining Club”, the flourishing over sixties organisation which has since folded and which organised monthly meetings, outings and holidays for its members. There are pictures and reports of weddings and births, of fairs organised by the school and the scouts of the harvest supper. On the “dark side” burglaries at the Manor of Groves and at Crumps Farm are mentioned.

Most impressively in 1965 High Wych did once again win the best kept village of Hertfordshire competition. Our village scored 100 points, the highest possible number of marks.

Leafing through the scrapbook makes one feel more than a little bit nostalgic,sad even at the loss of community spirit and togetherness. Nowadays it seems we are but another commuter village for people who work elsewhere and whose social life has little to do with our immediate neighbours. Luckily we still have our church, our school, our one shop, our one pub and our memorial hall not to mention organisations such as the Garden Club and the WI. 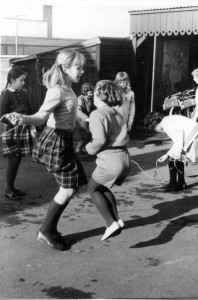 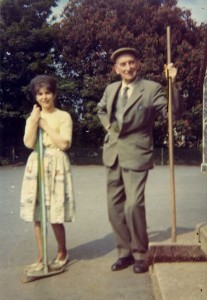 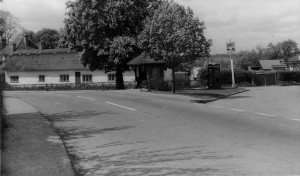 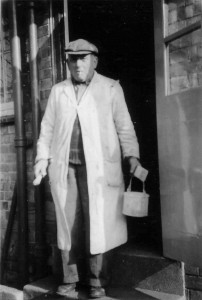 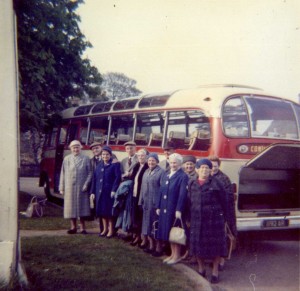 Arnold the painter takes a break from painting the village hall – The Silver Lining Club leaves for Bognor. 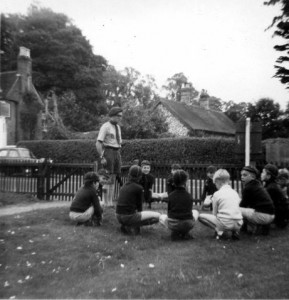 Gladys Wood in her guides uniform – Cubs with Akela.

Thanks to the Parish Council for letting us borrow the scrapbook, contents of which have now been completely scanned in. The scrapbook itself is now on view at the school.