Currently I am preparing publication of an article based on the writings of John Sapsford.  As some of you may know already, John Sapsford (1922 – 2010)  wrote extensively about the history of High Wych and Sawbridgeworth.  I received a lot of help from John’s daughter, Wendy Oxborough who supplied me with some lovely photographs. Amongst those is the below  picture taken in 1907 at the wedding of Alice Sapsford and Walter Bird. Perhaps some of your ancestors are in it as well! 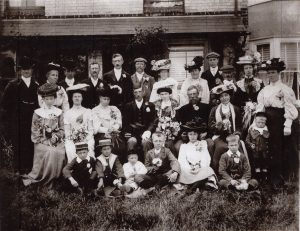 According to John Sapsford’s writings the people in the above photograph are: 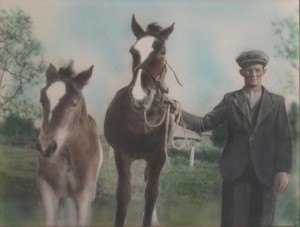 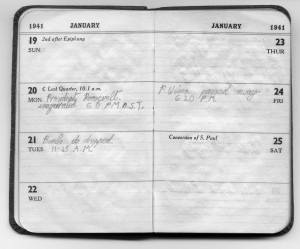 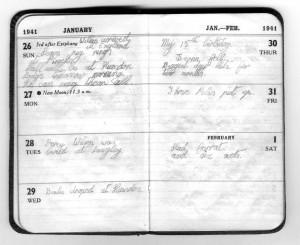 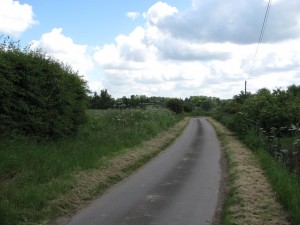 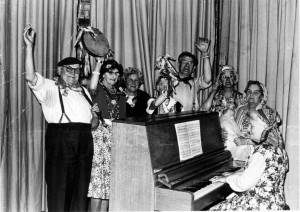