We stay in the centre of High Wych for this article and look at Helmer’s yard and the white cottages. Helmer’s Yard is of course so named after Len Helmer, a builder, local politician and entrepreneur.

Leonard Alfred Helmer, was born in 1912 in High Wych, the son of Charles and Alice Helmer. Len’s father and grandfather were both gardeners and born in our village. The family, Charles, Alice, Len and his brother Bert, lived in Woodside Cottages along High Wych Lane. Len went to the village school and trained as a carpenter with Nelson Lawrence. He became a Clerk of Works there and in 1935 joined forces with William (Bill) Dyer, a bricklayer from Sawbridgeworth. Initially their workshop was at the back of Dixon’s garage. In 1938 he married Elsie Hills, at that time a nurse maid with the Wentworth-Stanley family.

Helmer & Dyer soon becomes the local builder of choice. The first houses they built were both on High Wych Road: Millfields for “Baker White” and Broad Oak for James Dixon. There are many H&D built houses around these parts. I myself live in one as does my neighbour Den Lomax. The second half of the thirties was indeed a very good time for house building. It is remarkable how many houses Bill and Len, who were only in their twenties then, built in those early days. One of the secrets of H&D’s success was perhaps that, contrary to current practice, many trade tasks were performed “in house”. So H&D employees came in all sorts: carpenters, joiners, painters, plasterers, bricklayers, a sign writer even: Frank Fish. I talked to two former employees who spent their entire working lives at H&D. Percy Peacock was a painter and decorator who joined in 1943 following his dad who also worked there. Alec Rainbird, a plumber, joined a year later. H&D and its customers could depend on a loyal and capable workforce. 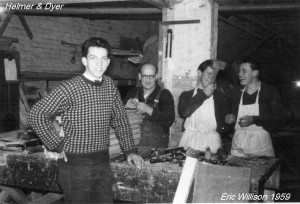 During the 2nd world war H&D became involved with repairing bomb damage. Sometimes two trucks with twenty men each on them went to London in order to clear rubble from East End Bomb sites and do quick makeshift repairs to make the houses more or less habitable again. Improvisational skills were needed: “we learnt a lot in those days” Percy told me.

After 1945 the company bit by bit moved its operations from the original site to what is now Helmers Yard. Meanwhile more and more building work was undertaken. Mansfield, East Park, Brook Road and Falconers are some of the estates that were built. An award was won for an estate in Dunmow. Another important project was the breaking up of the runways at the USAF base at Matching, where Len had been clerk of works during the war. This took several years. Hard core extracted from Matching could then be used for building purposes in Harlow New Town: another happy coincidence.

Over the years Bill Dyer took more of a background role whilst Len Helmer became a local VIP. According to all I spoke to,  Leonard Helmer was a charming, persuasive and very successful man, larger than life some would say. His contacts as a local councillor must have stood him in good stead. Between 1949 and 1974 Len Helmer served on Braughing Rural Council; for seven years he was its chairman. Between 1970 and 1974 he represented Sawbridgeworth, the Hadhams and High Wych on Hertfordshire County Council. He was chairman of High Wych Parish Council and a magistrate. 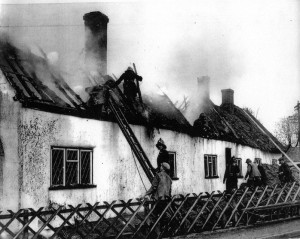 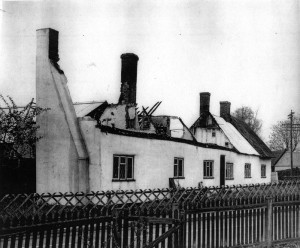 On 28th April 1951 fire breaks out in the white cottages, used upstairs  to store plumbing supplies whilst downstairs cement etc. was kept. Due to lack of water pressure the Fire Brigade has great trouble coping. Water has to be brought in from ponds at the Manor of Groves. Subsequently the roof is re-thatched with reed and the building refurbished as offices. The Parish Council starts a campaign for a better water main. Helmer’s Yard meanwhile also plays host to other small businesses Andrews Heating bases itself there as does Engineering Prototype Ltd., a company manufacturing plastic mouldings started by my late father in law Mike Elsdon.

In 1963 Len Helmer married for the second time: to Hilda Sutton. By 1965 H&D employs about 100 people. In December of that year a party is held to celebrate the company’s 20th anniversary and also to mark Bill Dyer’s retirement. In 1967 Jon Smylie joins the company Jon, quickly rises through the ranks and soon becomes Len Helmer’s second in command. 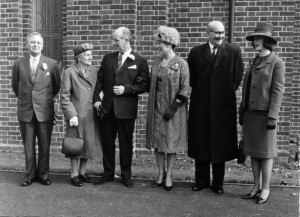 Len Helmer passed away in 1976. By that time Jon Smylie had already acquired a minority share in the business. The company then carries on under his management and with Len Helmer’s widow Hilda in the background. After Hilda dies in 1997 John Smylie then takes on full ownership. This situation continues until 2006 when H&D is sold and moved to Ware. But the new owners do not make a success of it. In January 2008 the London Gazette publishes an insolvency notice: H&D is bankrupt. Jon Smylie meanwhile continues as owner of the Yard and landlord of companies such as P&R Travel and Willis Architectural Ironmongery. 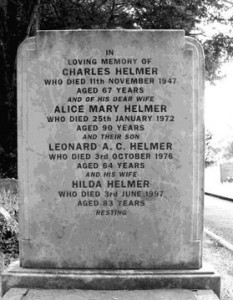 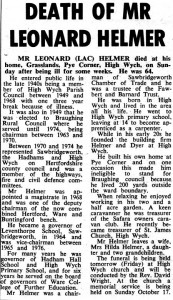 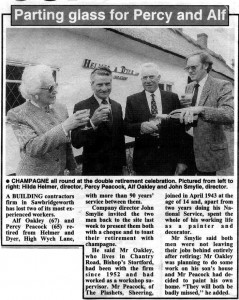